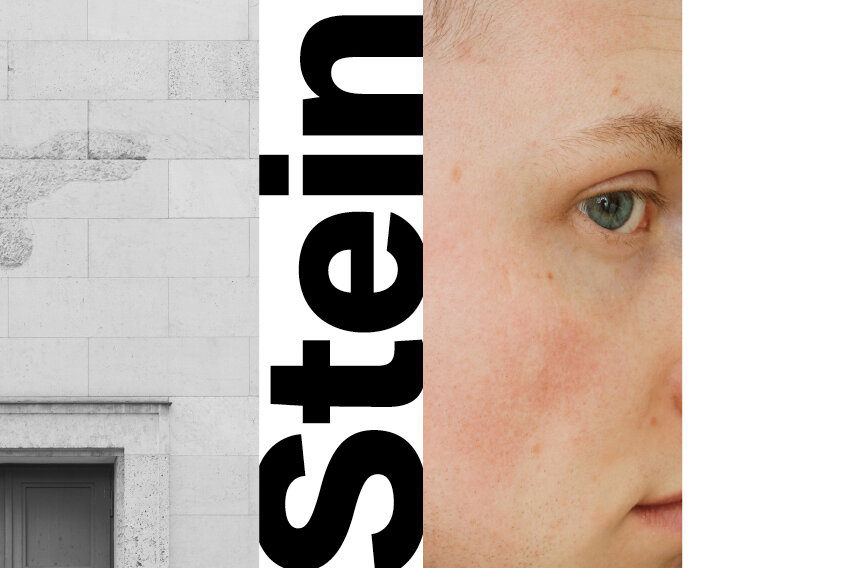 This work focuses on National Socialist symbology which remains visible to this day. It interrogates the persistence, use, and obliteration of these signs in two distinct formats: as the structural ornaments and architecture through which the symbols of National Socialism linger in public space; and as tattoos, by which the same signs serve to reaffirm an individual's commitment to right-wing extremism.

Former neo-Nazis are portrayed in the process of departing from their previous identities as right-wing extremists. The photographs show tattoo removals or cover-ups, as symbols that for years expressed an identity and a political worldview disappear slowly. The erasure of signs inscribed into the skin is a very deliberate step for those leaving; it is costly, lengthy and painful.

Meanwhile, monochrome photographs depict historical NS symbols which remain visible at numerous outdoor locations. Despite the process of denazification and attempts at removal, these signs or their traces remain visible in a range of locations; on houses, in decorative bands and in facades. Ganslmeier's images reveal those fragments as well as examine their wider spatial context in villages, streets and settlements.

For this project, Jakob Ganslmeier spent over three years closely following the work of Exit-Germany. In addition to taking photographs that document the departure from right-wing extremism and the process of de-radicalisation, he conducted interviews with those leaving the scene. Exit-Germany commissioned Podcast for the exhibition which reveals the people behind the photographs. Five men and two women talk about joining the scene and leaving it – about their reasons and doubts from the time they decided to join the neo-Nazi scene until they broke away from it, about their life after leaving and removing their tattoos. Their stories are narrated by Felix Lobrecht, Patrik Salmen, Julia Gamez Martin, Steffen Schroeder, Felix Römer, Ariane Baborie and Kai Lüftner.

By situating these individual stories into a socio-political context, this work poses the question: to what extent is the German past really past?

Weimar was not randomly chosen as the exhibition site. The exhibition stands next to National Socialist buildings, namely, the former Gauforum, erected for the regional leaders of the Nazi Party in Thuringia as an architectural reflection of their claim to power and the ideology of the ‘people’s community’. In 2023, the Museum of Forced Labour under National Socialism of the Buchenwald and Mittelbau-Dora Memorials Foundation will move into the southern wing of the former Gauforum, where – like the neighbouring Bauhaus Museum – it will act as a deliberate counterpoint to the National Socialist history of the city quarter.

Exhibition with photographies by Jakob Ganslmeier, and in cooperation with Exit-Germany

What's happening...
“In Black and White”